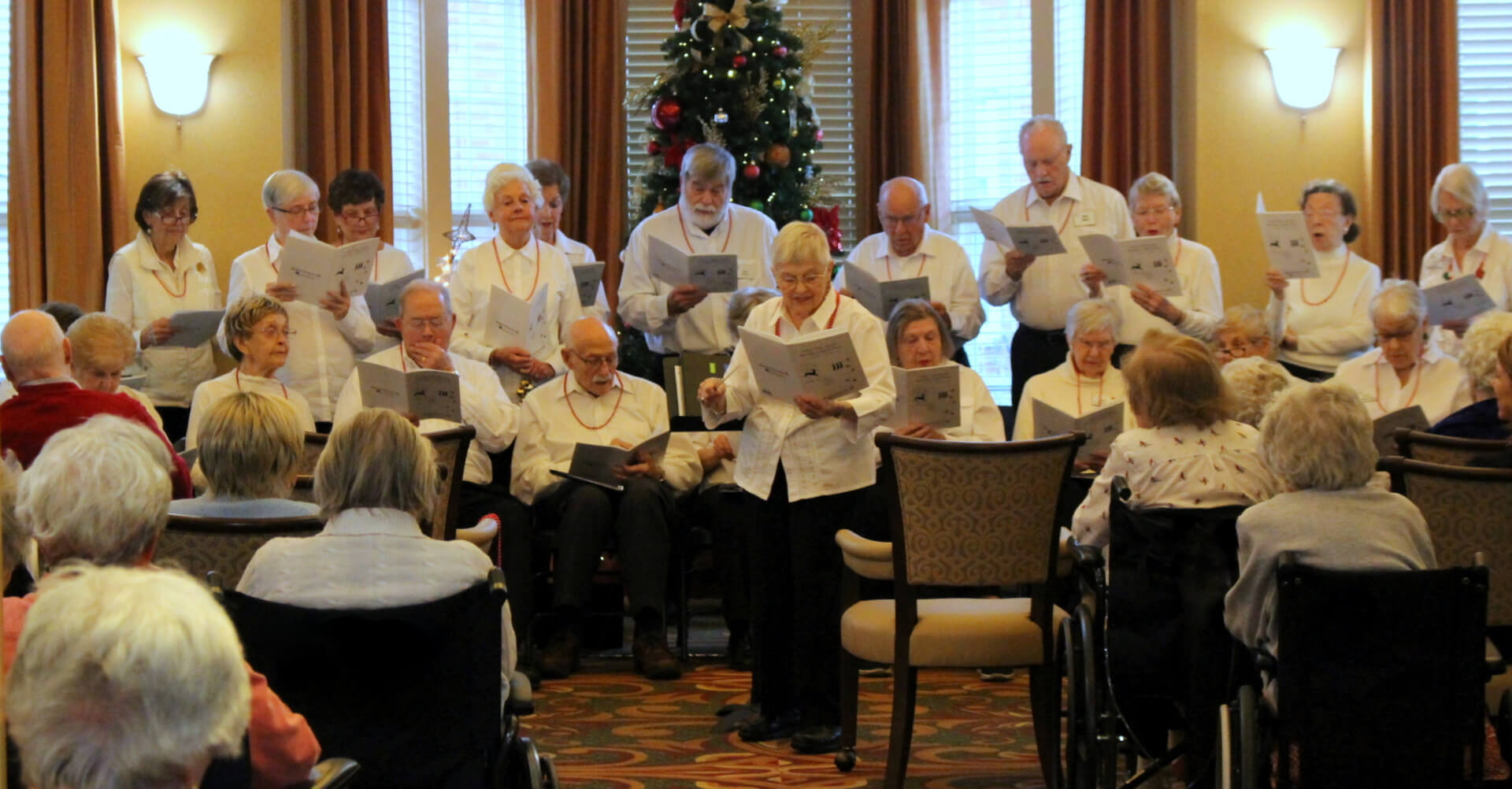 The sounds of Christmas filled The Glen during a December performance by the Aberdeen Heights Choir. The lineup included a number of classic choral pieces, including “’Twas the Night before Christmas,” “Candlelight Carol” and an arrangement of Leonard Cohen’s “Hallelujah.”

Director Elizabeth Beattie scaled down the 36-member choir to 30 voices in order to accommodate the performance space. Throughout the year, choir members attend regular hour-long rehearsals to perfect their sound for two major annual performances, including the Christmas Choir.

“Four people who are now in The Glen still come over to rehearse and sing in the choir,” Elizabeth said. “That’s some real effort. They walk with walkers, and one is there because her husband is in assisted living.”

Elizabeth, who will soon turn 93, said she began volunteering with the choir when she moved to Aberdeen Heights in 2011. She’s been managing the Christmas performance since 2012.

“It’s my passion. I’m called to do it,” said Elizabeth, who was a music major. “How lucky can you be to still use your education at age 93?”

Moreover, she gets to work alongside her husband, Ted, who also sings in the choir. The couple recently celebrated their 70th anniversary.

“The poor guy doesn’t have a choice,” Elizabeth said.

Music has been a part of Elizabeth’s life from a young age. She said she’s happy to be involved with the choir and feels blessed that Aberdeen Heights provides opportunities to enjoy her love of music.

“God drew me to music, if you want the truth,” Elizabeth said. “I’ve sung in choirs my whole life. I worked my way through school, and couldn’t afford music lessons — but the director said if I’d be the music librarian, he’d give me voice lessons.”

PHOTO: The Aberdeen Heights Choir, directed by and made up of residents from across the campus, perform their Christmas show for residents of The Glen.

Posted on
January 15, 2020
by
Cindy Kelly
filled under
Art is Ageless
Activities
« Back to Blog