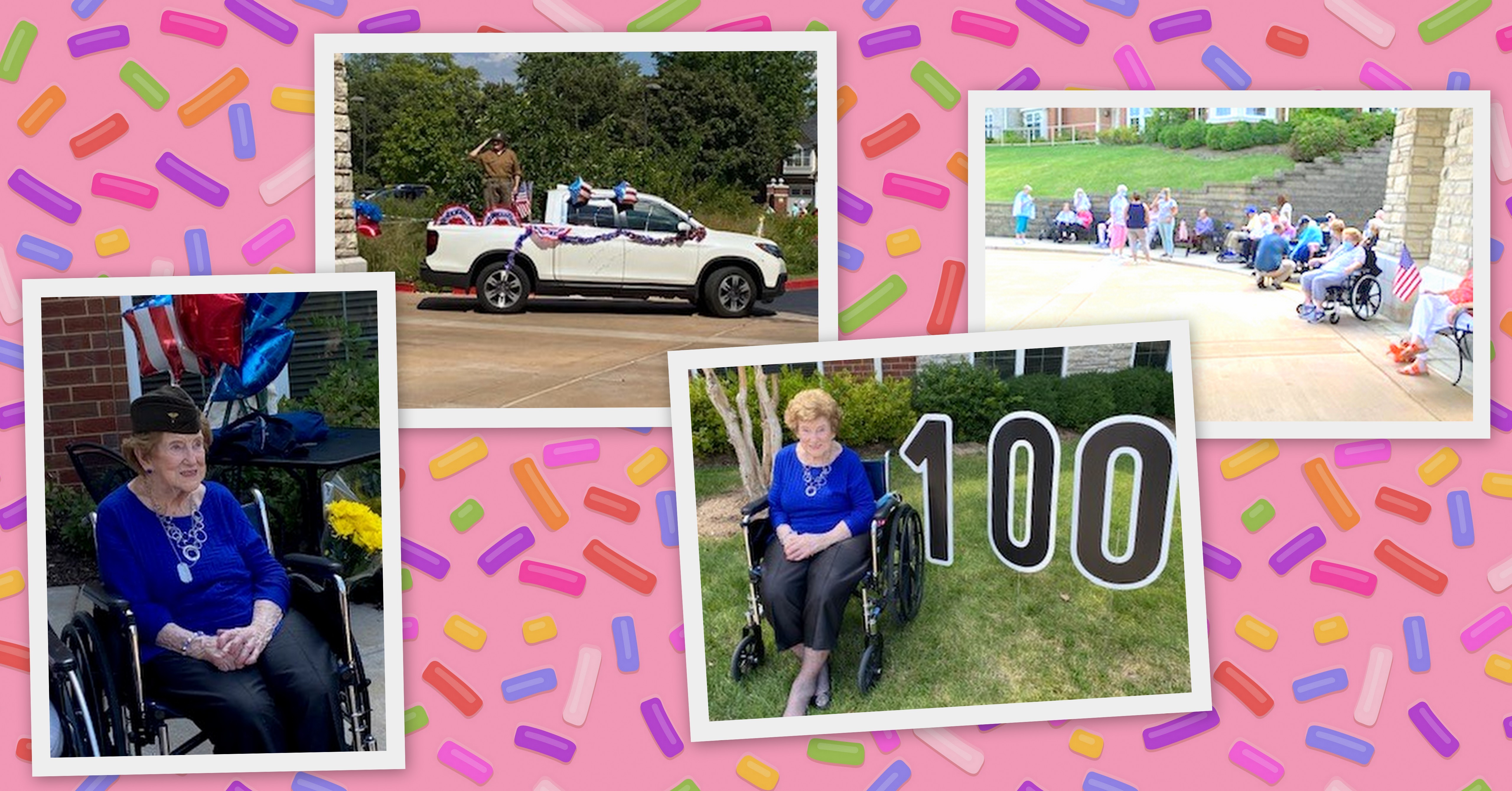 With Naomi Dill’s 100th birthday approaching in mid-September, everyone knew we had to pull out all the stops to celebrate.

Local veterans’ groups, including the American Legion, mobilized to organize a parade, and the Kirkwood Fire Department rolled out their trucks for this big event. The Rose Hill Elementary students also got involved by making signs.

“She was blown away,” said Naomi’s daughter, Jessie Krafcik. “It was a complete surprise. It was lovely. She was very impressed and very grateful to all the people who participated.”

During World War II, Naomi served in a mobile Army hospital on the European front. She left New York City in December 1943 on the converted cruise ship the Queen Mary and traveled to France, where she helped treat wounded soldiers after the Allied invasion of Germany.

Eventually, her service moved her through Germany before returning to France.

Before her deployment to the front, Naomi was stationed in England at a permanent military hospital. That’s where she met her husband, a medical corpsman.

After the war, the couple moved to Pennsylvania and later to St. Louis. They worked in the Veterans Affairs hospital and raised their family. Naomi moved into the independent living community at Aberdeen Heights at the age of 90. For the past two years, she’s lived in the skilled nursing neighborhood.

Jessie said the birthday celebration was fantastic and really made her mom’s birthday special. The family is grateful for everyone who worked to organize the celebration of Naomi’s 100th birthday.

Posted on
November 2, 2021
by
filled under
Residents
« Back to Blog