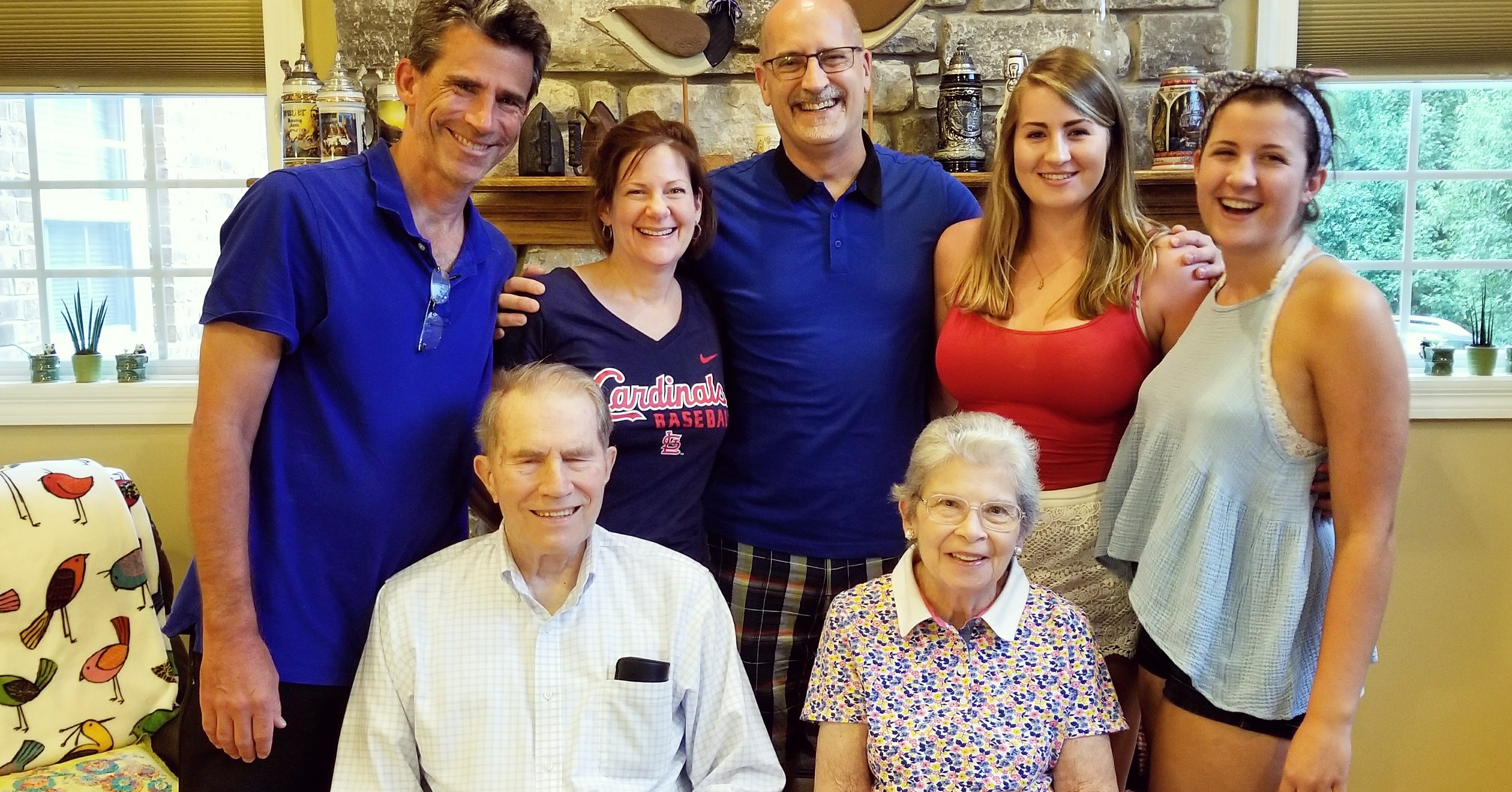 Father key to opening up world of possibility

As a child, Mike Isaacson had a world of information and opportunity at his fingertips.

“No matter what city we lived in, no matter where we were, we always had the New York Times, Wall Street Journal, Chicago Tribune and the Sun Times, as well as the local paper,” Mike said of his father, Bill Isaacson. “We’d talk about the stories of the day, and we ‘three young thugs,’ as he called us brothers, had a lot of fun arguments.”

That free flow of information, combined with Bill’s love of libraries, helped cement in Mike the knowledge that he could explore any world he wished — and that his father would help him find the tools Mike needed to live in any world.

“We spent a lot of time in libraries. He loved libraries and passed that on to us. He’d let us go and tell us to meet back together 90 minutes or so later. Of course, I realized now that was a good way to get two hours to himself,” Mike said with a laugh. “He enjoyed us finding new worlds, and once we found it, he made sure we had what we needed to be in it. It’s like the library — just a sense of here’s a life and a place for adventure — go have your adventure.”

For Mike, that openness to exploration began with some of his father’s favorite books: the Oz series by L. Frank Baum. That led to the musical adaptation “The Wiz” and eventually to a career producing Broadway shows and as artistic director for the Muny in St. Louis, the oldest and largest outdoor musical theater venue in the United States.

“I sort of stumbled into it,” Mike said. “As kids we were big ‘Wizard of Oz’ fans. When I was 10 or 11 years old, we were living outside of Chicago and ‘The Wiz’ came through town, so my dad said let’s go to that. He and I went and that was sort of a life-changing moment for me. My head kind of exploded. It was magical, interesting and surprising. After that, I got interested in theater and went to the library and started listening to Broadway musicals and reading scripts. It grew into a passionate hobby.”

As Father’s Day approaches, Mike recalls his father as someone who encouraged his children to be strong, independent thinkers with a thirst for learning.

Bill, who recently turned 90, has been a resident of Aberdeen Heights for several years. Throughout the pandemic, his family has made good use of video conferencing technology to stay in touch.

“When we were allowed in-person visits, I’d take my computer down and would get a bunch of other family members on Zoom, and we’d just talk and he loved listening to that,” Mike said. “It’s been miraculous how The Glen has handled this. I don’t know how they’ve done it. When I first got in, I just expected everything would be — reasonably so — in a state of disarray. It took my breath away; everyone was immaculate and calm. When I walked into his room, I got emotional, both because it was first time I had been in his room for 15 months, but also because everything was spotless, and the level of care was really astonishing.”

Posted on
May 18, 2021
by
filled under
Holidays
Nostalgia
« Back to Blog