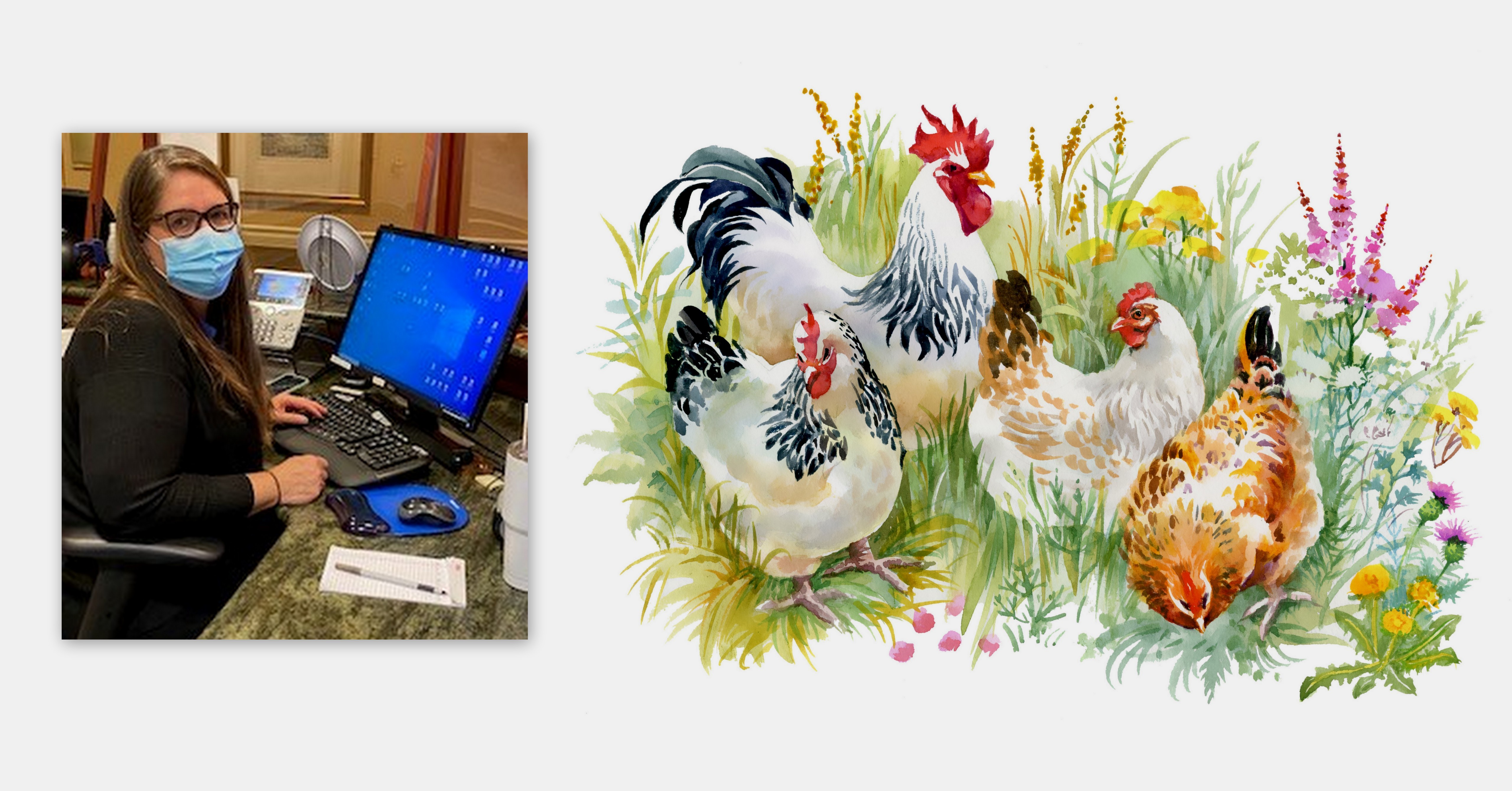 For Beth Schwan, serving as concierge for The Glen is akin to being a gatekeeper.

“Everything tends to come through here,” she said. “We greet guests, send people where they need to go, answer phones, handle mail and packages, keep schedules, make reservations, and help Lily (the health care administrator) with anything she has.”

While the work is fun and invigorating, it’s also filled with activity.

“It’s enough to keep you busy all day,” Beth said. “It’s a lot of moving parts. I’ve had contact with and have a relationship with just about everyone here.”

The role of concierge places Beth at the front lines between residents, staff and everyone who comes to The Glen at Aberdeen Heights.

That high level of interaction can also lead to some good conversations — at least when the activity slows down a bit.

“Sometimes we get to have some good conversations,” Beth said. “Not as much as when I worked from 4 p.m. to midnight - some of the night owls would come down just to talk. I don’t have that as much now because it’s busy. But sometimes early in the morning people will come down to talk while they’re walking around or waiting for transportation.”

Between her current role and previously working as the concierge in the evening in the independent living area, she’s built a multitude of valuable relationships over the years.

“I will have been here eight years in February,” Beth said. “I’ve met just about every single person down here, and I’ve built a relationship with most of them.”

When she’s not directing traffic at The Glen, Beth is usually enjoying time with her family, including her four grown children and eight grandchildren. She is especially enjoying the five grandchildren that recently moved into the nearly identical house next door to her.

“What are the odds that your kids are going to buy a house, and that your next-door neighbor will sell a house?” Beth said. “Once in a while, one of the grandkids will come over and say, ‘Mom said I need to come over and sit with you for a little bit.’”

“I used to live out in the country and liked all the stuff that went with that,” Beth said. “When I moved back to St. Louis, there was no room for that, so I brought my favorite stuff and scaled it back.”

The chickens fit in nicely with her two golden retrievers and a pair of Siamese cats.

“I’m kind of angry with the chickens right now,” Beth said. “I’ve been feeding them every day, but I’m still buying eggs. I’m at the store putting eggs in my cart and wondering why I’m buying eggs when I’m feeding chickens.”